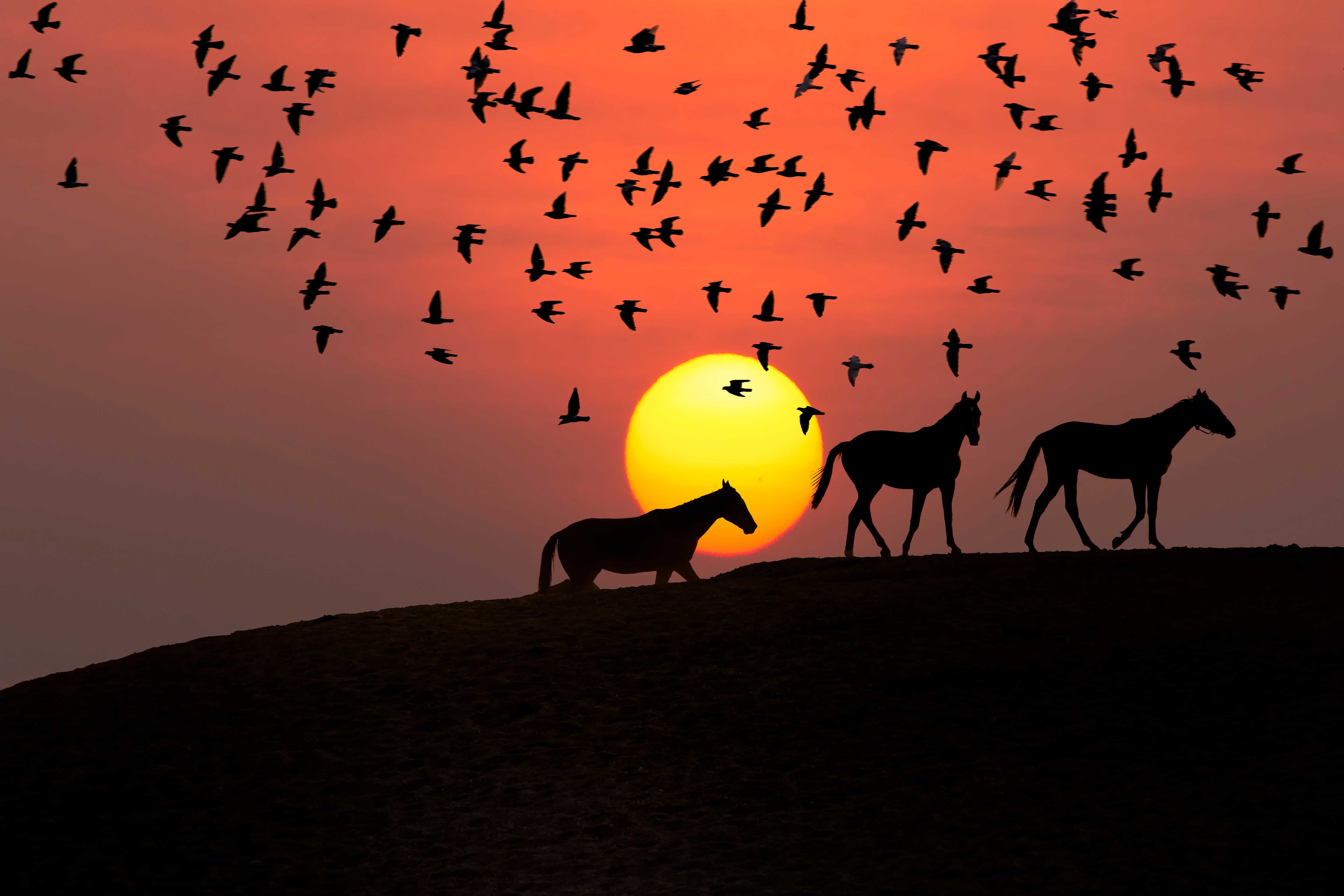 The Al Hajar Mountains in northeastern Oman and also the eastern United Arab Emirates are the highest mountain range in the eastern Arabian peninsula. They separate the low coastal plain of Oman from the high desert plateau, and lie 50–100 km inland from the Gulf of Oman coast.

In Arabic, “Hajar” means “stone” or “rock”. Therefore, “Al Hajar Mountains” could mean “the stony mountains” or “the rocky mountains.”

Geologically, Al Hajar Mountains are the continuation of the Zagros Mountains and were mainly formed in the Miocene and Pliocene as the Arabian Plate collided with and pushed against the Iranian Plate. These mountains are chiefly made of Cretaceous limestones and ophiolites.

The mountains begin in the north, forming the Musandam peninsula. From there, the Northern Hajjar (Hajjar al Gharbi) runs southeast, parallel to the coast but moving gradually further away as it goes. The central section of the Hajjar is the Jebel Akhdar (2,980 m), the highest and wildest terrain in the country. Jebel Akhdar (and the smaller Jebel Nakhl range) are bounded on the east by the low Samail Valley (which leads northeast to Muscat). East of Samail are the Eastern Hajjar (Hajjar ash Sharqi), which run east (much closer to the coast) to the fishing town of Sur, almost at the eastern point of Oman. The mountains extend for 500 km in total.

The mountains are an important ecoregion, the only habitat in eastern Arabia above 2,000 m elevation. The climate is cool and wet from December to March and warmer but still with occasional rain from April to September.